We Pigged Out At Yauatcha For Chinese New Year

For as long as I can remember, people have asked me about my heritage. “Are you Asian?” Nope. “Are you blackenese?” Really. As much eye-rolling as that question renders, deep down I’d love to have some Asian fam. The closest thing I have is my best mate; she once gave me a red envelope for Chinese New Year and I bloody loved it. Who wouldn’t want a family get-together filled with food and cute little money bags? But, I guess I’ll have to settle for celebrating Year of the Pig at Yauatcha. It’s a hard life. 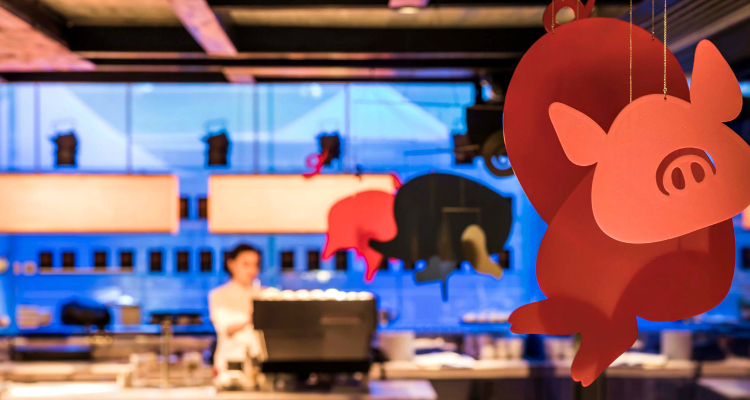 It's raining pigs and noodles.

Nestled in the heart of Soho, Yauatcha is an unassuming spot that you could easily miss... but inside is another story. Heading downstairs, it’s hard to miss the bar; a glowing fish tank running through the middle of the room. Aside from the fish swimming around, there’s chubby red piggies hanging between fairy lights in the ceiling. CNY was in full force.

Kicking things off with a couple of kumquat-fuelled Nagami Fortunes (£12.50), we psyched ourselves up for the imminent 8-course feast (£60). A trio of dim sum made way for perfectly crispy parcels of monkfish cheek, enoki mushroom and salsify; the highlight of a tasty night. Courses came swiftly, with the likes of freshwater prawns topped with chilli and Peking-style pulled pork perfectly paired with sweet golden mantou. 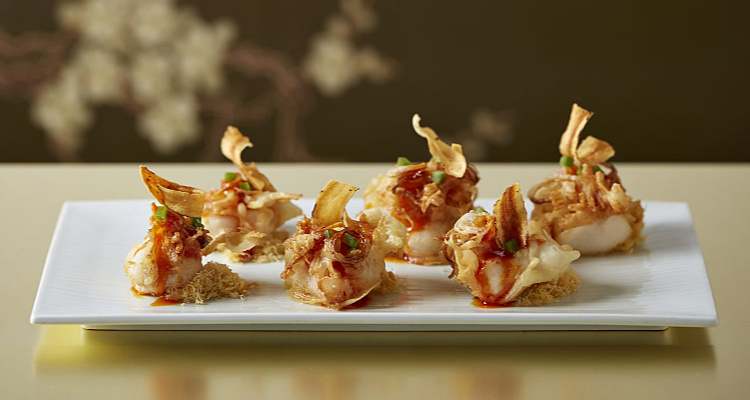 Crispy monkfish is just the tip of the iceberg.

Wading through a sea of food, I somehow found space for another cocktail. This time it was the Earth Asian (£12.50) which combined Mount Gay black barrel rum with apricot, lychee, lime, jasmine and walnut bitters for a juicy kick. Mandarin matcha choux was a strange mix and failed to blow me away, but who needs dessert when you’ve got a banging cocktail and a belly full of Michelin-starred food? Just living my best Year of the Pig life.

If there's one place to celebrate a special occasion, it's Yauatcha. From a bustling dining room to the impeccable service and, most importantly, the satisfying menu, it's a no-brainer. If you're looking for a place to splash the cash and pig out in style, head to this Soho gem.

Chinese New Year may have been last week, but Yauatcha’s Chinese New Year Menu (£60 per person) is available up until Sunday 24th February. Find it Yauatcha Soho at 15-17 Broadwick Street, London, W1F 0DL.