A melting pot of cuisines and cultures from around the world, London is home to kitchens that cook up just about everything. We love Italian pasta smothered in truffle, Indian naans stuffed with bacon, and Taiwanese bao in every shape and form. One of the city’s most iconic purveyors of the latter, Bao has been slinging fluffy buns for almost a decade. Exploding on Netil Market’s street food scene back in 2013, the acclaimed brand has since spread its wings to Fitzrovia, London Bridge, and most recently King’s Cross.

Not just cooking up the eponymous bao buns, the North London site goes beyond its siblings to offer a menu that focuses on breakfast and baked goods too. When it opened a mere few days before lockdown, I was straight in to take away its cute ‘sad face’ custard buns. And now that's (hopefully) a thing of the past, it was time to experience the gorgeous restaurant in all its Wes Anderson-tipped glory.

Influenced by the western-style cafes found in Taiwan, Bao’s offering is split between bakery, breakfast, coffee, tea and breakfast. For those of you after something a little harder? You’re covered too. Armed with a pencil and paper – ordering takes you back to basics here – we ticked off our selection. Coming in first, the cheese rarebit toast (£6) arrived coated in molten cheese and finished off with the perfect gooey egg yolk. 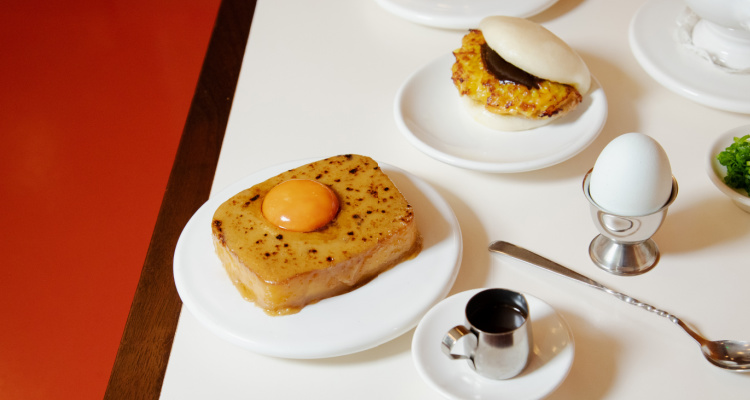 This Taiwanese breakfast isn't your usual.

It’s not only delicious food that Bao has up its sleeve – the drinks are just as intriguing. We went for a couple of coffee-soaked bubble affogatos (£4.50), while I watched waiters carry salted custard creations, milk tea old fashioneds and plum sake-fuelled umeshu negronis to the tables around us. As we eyed up the cocktail menu for our next pick, it was onto the baked ham hock congee pie (£10). While I usually love the thick, gloopy consistency, the congee was quite heavy as it lay in a flaky pastry. Savoury soy milk with fried dough sticks (£6) also underwhelmed, with the soup lacking in flavour, especially when compared to the glorious toasted coconut loaf (£5.75) which came next. Fluffy, buttery and sweet all at the same time, it was a winner.

With so many quirky dishes on the menu, we almost skipped the bao (I mean, we’ve had them to death over the years), but that really would have been a mistake. Stuffed with sausage and hashbrown, the breakfast bao (£5.75) was a moreish mouthful. I’d have been annoyed that we only ordered one to share, but there were no complaints with a slew of other dishes coming out hot and fast. Ending on a boozy note, it was a couple for BAO-ppino’s (£8.50) for us. Giving summery sgroppino feels, the tangy blend of Cocchi rosa and grapefruit was topped with prosecco and a scoop of punchy mango sorbet. Who needs dessert anyway? 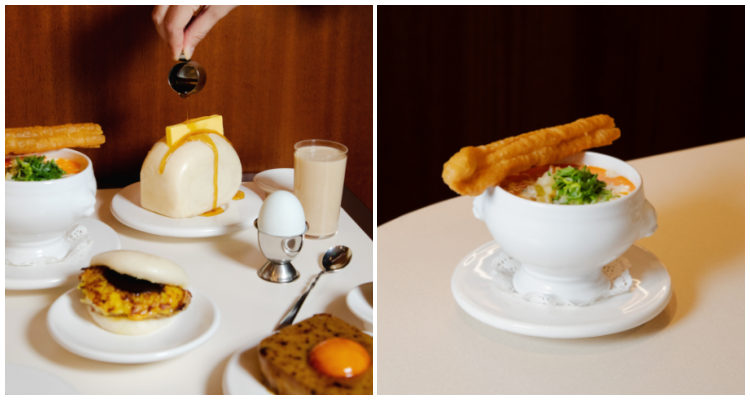 We put this breakfast bao, coconut loaf and soy milk to the test.

Always ones to keep our mouths watering, Bao has done it again. This is an alternative breakfast that I'll definitely be back for; from the cute interiors to the even cuter dishes. While a couple of plates weren't quite as impressive as others, there's plenty on the menu that'll keep you intrigued.

We've got more where that came from; discover our guide to London's quirkest brunches.