From Sonnets To Smoked Salmon, Can Swan At Shakespeare's Globe Nail Pre-Theatre Dining?

Southbank: a stretch of riverside pavement that’s long enough to entertain your parents, has enough chain restaurants to feed Jenny from primary school’s bland food obsession, and wacky street performers to shut your 8-year-old cousin up for five minutes. But it’s not just the convergence point for every single out-of-towner; part of Shakespeare’s Globe, Swan is showing us why it’s worthy of even the most disenchanted Londoner’s attention. 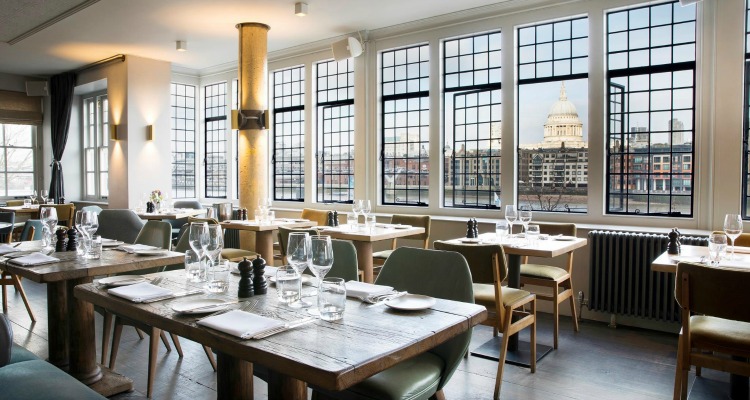 Beg, borrow and steal to get a window seat.

The historic restaurant is geared up for theatre goers, though with views over the Thames and across to St Paul’s there’s plenty to draw in the afterwork crowd too. The first floor is reserved for a bar that bustles with loosened ties and undone top buttons, but work your way upwards, and the dining room is a smart, casual affair. Date night is clearly on the cards, with dressed up couples peering out at that iconic skyline through the iron-paned windows.

With Shakespeare’s repertoire performed next door daily and one of London’s most iconic landmarks opposite, it seems fitting that the menu is a traditional list of seasonal British dishes. We’re dining from the pre-theatre set menu; a trio of summery choices, each as enticing as the last. A cured salmon starter is as pretty as it is tasty, the slices of fish a pinky purple after being cured in beetroot, accompanied by gin-infused jelly and wisps of crunchy, paper-thin cucumber. 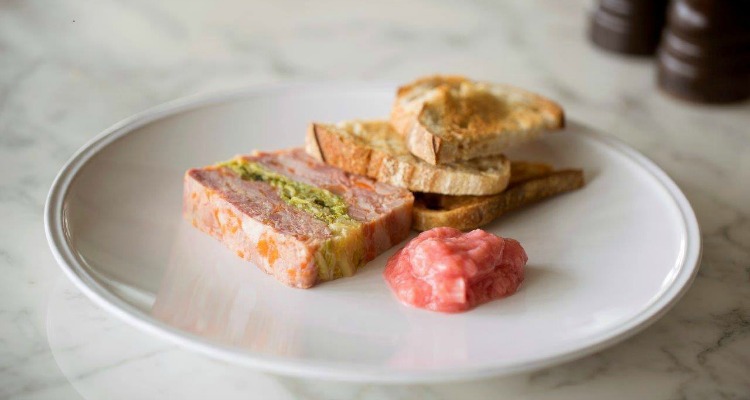 The main of hake was just as light, with a simple salad of tomatoes and cucumber, but my good intentions to avoid red meat were soon undone after a bite of my dining partner’s pork belly, the crunch of fat melting against a savoy cabbage, which had been tossed in a rich jus. Much like the rest of selection, the three desserts covered every flavour preference; as someone who only consumes sugar in fermented liquid form, I opted for the Cornish Yarg; two slices of nettle-wrapped hard cheese.

It might be in one of London’s most touristy spots, but there’s nothing gimmicky about Swan at Shakespeare’s Globe. With three courses at £28, the set menu is an affordable evening out, especially considering the views over St Paul’s and the high quality of each dish.