My clubbing life started at 16 in a Devon spot called Sam’s (now sadly defunct #RIPSam’s), with floors sticky from Jager bombs, marines from the camp claiming to be dolphin trainers, and even a pole for when the mood struck. Leicester Square’s Cafe de Paris has had a rather more glamorous nightlife conception, with nearly 100 years of history that encompasses London's introduction to the Charleston through to hosting Grace Kelly and Frank Sinatra. For its latest outfit, the historic club is jumping forward in time - to 70s New York - with new show Disco54. 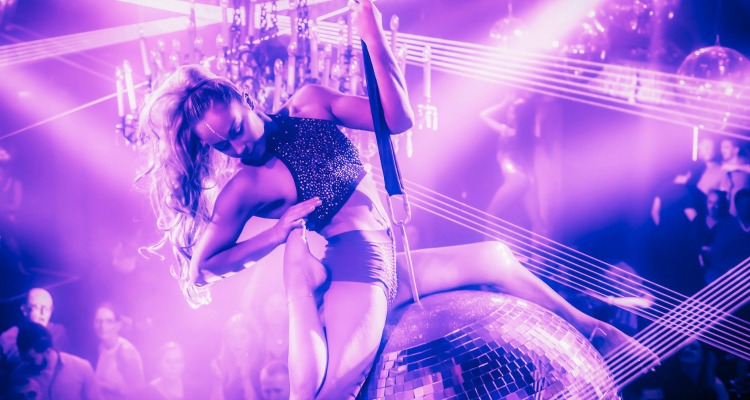 Swinging from the chandeliers, or in Cafe de Paris' case, a giant disco ball.

One glitzy venue has looked at an equally star-studded space for inspiration as Cafe de Paris aims to channel the heady days of Studio 54: the iconic NYC club that counted the likes of Mick Jagger, Karl Lagerfeld and Jerry Hall as patrons. Come Friday and Saturday, the grand ballroom is strung with 54 disco balls and reams of gem line the billowing centre of the ceiling.

Before we can dive into the decade of hedonism and flares, we kick off with a hearty dinner at one of the tables surrounding the stage. It’s not the fanciest menu but it’s the kind of comfort food that will keep you happy before a long night on cocktails; I practically inhaled the southern fried chicken bun; a thick chunk of juicy chicken breast slathered in two types of cheese and a slice of crispy bacon (the menu has since changed to a swankier selection of British fine dining dishes). Cocktails are a juicy bunch, named after the starlets and socialites who reigned New York - including the candy-sweet mix of vodka, pomegranate juice and peach schnapps in the Elton John signature (£16), which comes served in a mini disco ball. 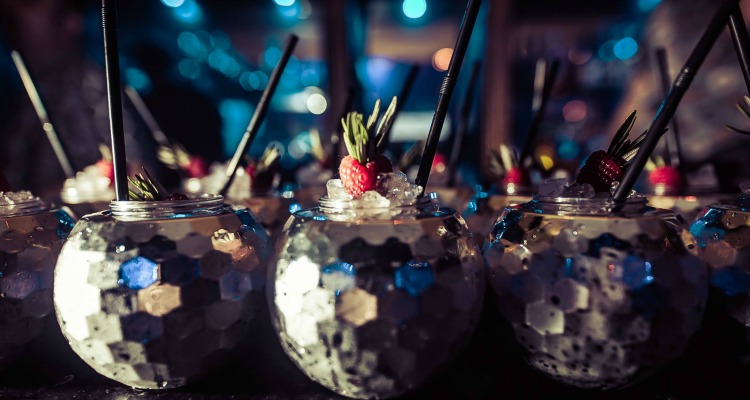 The Elton John: a glitter tribute to the Rocketman, made with vodka, schnapps, and cranberry juice.

With nearly a century in the business, Cafe De Paris doesn’t stray too far from what it knows: slinky, sultry and scintillating acts - this time bedecked in sequins and astride giant disco balls. Cabaret and burlesque is as jaw dropping as ever, with an acrobat swinging from a trapeze through to a fire artist who ends her performance practically nude, aside from burning nipple tassels.

The show provides an explosive start to any evening in central London, and doesn’t finish once the acts come off the stage; a body-popping, morph-suit wearing dancer shimmies through the crowd, stopping to twerk with clubbers. An ethereal, ice queen-like figure appears stage right and also weaves, waving long tendrils of white material behind her, through the clubbing throng. 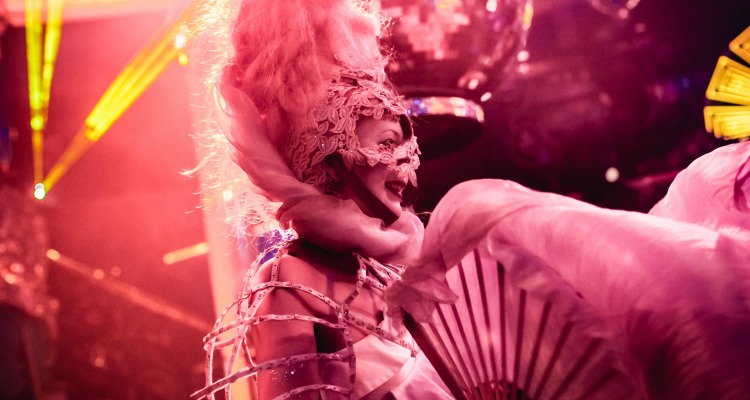 Dancers and acts move around the club long after the show has finished.

From the acts that will make you wonder why you can't even touch your toes through to the hilarious compere, Cafe de Paris is bringing clubbing in London back to its original form: good fun. Disco54 is a sparkly update and while the days of Studio54 will never be replicated legally, this homage rejects the dull, sweaty clubs and incorporates performers both on and off the stage, for a surreal and glamorous night of dancing.