I am a man of simple ambitions: all I want to do is drink beer in weird places. I drank a cold one in the ancient Alhambra looking over the city of Granada and cracked open a can at the top of Mount Afadja, the tallest mountain in Ghana, but now I can finally say I drank a beer at the centre of the Earth. ZeroDegrees, a microbrewery in Blackheath, gets its name because of its longitudal point on the map, and while I was crossing that off my beer bucket list, I decided to dive into their own-brewed beers and Italian food as well.

As a microbrewery should, ZeroDegrees puts the brewing front-and-centre: as soon as you walk through the doors you can see the giant silver vats where they brew their own beer. The venue itself is split into three sections on the ground floor, with an upper level for the busier times. First there’s the bar, an open area with wide windows, dark wooden furnishings with a granite floor and bar. The dining room is similarly open plan, curving round the semi-open kitchen and into the brewery itself. Beer enthusiasts are in luck as you can very easily sit next to it and watch the master brewer creating the very drink you’re sipping on.

We visited on a Tuesday and, while it wasn't the busiest, the restaurant was fairly filled, with a few pockets resting just in the bar. However, the venue as a whole boasts a solid beer drinking crowd, leaning on the older side of late twenties. 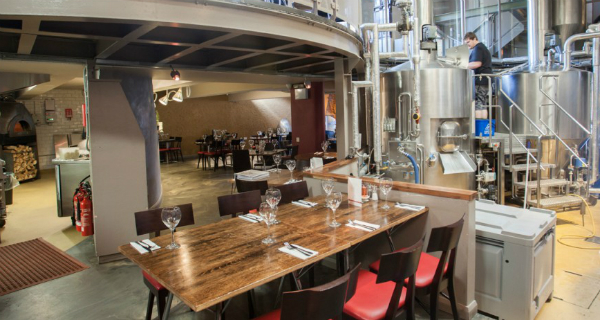 Spacious and bright, it's a great modern drinking space ideal for the late summer vibes.

Sat with a prime position next to the brewing vats, we knew there was only one way to approach the menu: drink beer, eat food. For starters, we chose beer battered Cajun king prawns (£6.95) served with a chilli soy sauce, and fried pastry rolls filled with feta cheese (£5.25), ricotta and spring onions, with a sweet chilli dip. With each course we were recommended which beers to drink, so started with the wheat (£3.95) and mango (£4.15) beers.

The prawn starter was equally tasty as they were hearty, offering up large portions of juicy seafood perfect for sharing. The pastry rolls were surprisingly fresh, and within seconds vanished from our plates. While the wheat beer was certainly packed with flavour, the mango one was a bold and fruity delight, which complimented the rolls perfectly – I would definitely recommend this the next time you head over to ZeroDegrees.

As our mains were placed in front of us, I knew we were in for a treat. The carne asda (£13.95), wood-fired rump steak pizza, with smoked cheese, fresh chillies and red onions, looks mouth-watering, and one bite confirms what your eyes have guessed (though there was a tad too much coriander on here for my liking). But the kilo pot of Thai green mussels (£16.50) stole the show: the mussels themselves were juicy, but the sauce was delectable, and by the time we were finished the small cauldron its served in was bone dry.

To pair, we drank a pilsner (£3.95) with the mussels, which was crisp and quite the session beer, yet our favourite of this beer bout was the grapefruit pale ale (£3.95). The hint of fruit stops the hops from being overpowering, but to a beer drinker like me the punch of hops was exactly what I was looking for.

By this point we both were full enough to be rolled out of the entrance, but somehow made room for the dessert. Your childhood dream of eating pizza for dessert comes to life here as we were served up a caramelised fig and mascarpone pizza (£5.25), with balsamic syrup, maple syrup, vanilla ice cream and pistachios, alongside a classic tiramisu (£4.75). As someone with quite the sweet tooth, the pizza was the perfect way to end the meal, washed down by the thick black lager (£3.95). 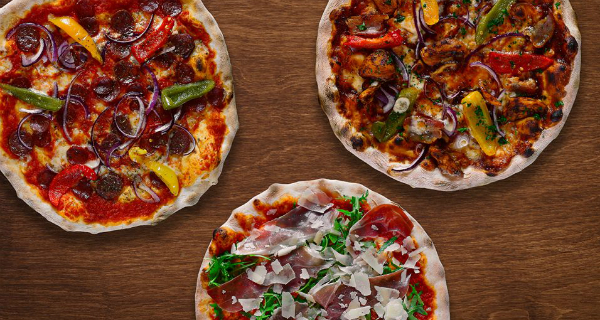 Sure, everyone pretty much knows them as a beer place - but you're going to have to try their pizzas too.

ZeroDegrees’ reputation for great beer proceeds them, yet the food shined through here too thanks to their hearty portions with interesting flavours. If you find yourself looking for a pint and a meal in Blackheath, you can’t go wrong with these guys.