A Swashbuckling Sunday Lunch At The Smugglers Cove

You may or may not know this, but Liverpool is absolutely steeped in maritime history - saturated in it like my gravy-sodden roast potatoes on a Sunday afternoon. Speaking of potatoes and Sunday afternoons, I recently headed to The Smugglers Cove in the Royal Albert Dock with grand plans of seeing what their roast dinner had to offer. I’d been here before, but any time spent in the dimly-lit, Pirates of the Caribbean-style restaurant and drinking den is a welcome invitation in my eyes. 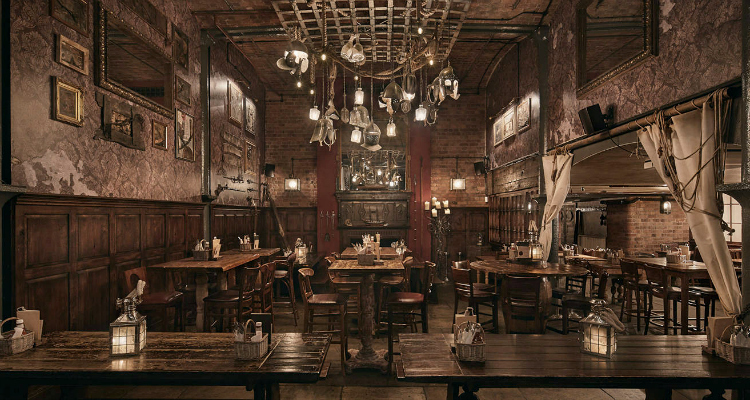 Decadently decorated, The Smugglers Cove is a Liverpool gem.

The Smugglers Cove has been around for a good number of years now - since 2013 in fact - and was perhaps what one might consider to be the pioneer of hanging kebabs. I’ve certainly eaten my fair share of them in this cosy, little nook, so this time around, I vowed not to even look in their direction.

Flash forward to 2pm on the Sunday and there I am saying “baked Camembert to start and the jerk salmon hanging kebab for me,” while sipping on a Champagne Colada (£9.95) in the midst of Dry January. No regrets, though, as the bubbly mix of Union 55 rum, pineapple juice and Moët & Chandon was a delight. My partner in dine made a beeline for the Yu Lu pale beer (£4.80) which delivered on flavours of citrus and earl grey tea. Less of that now though, let’s get back to the good stuff… 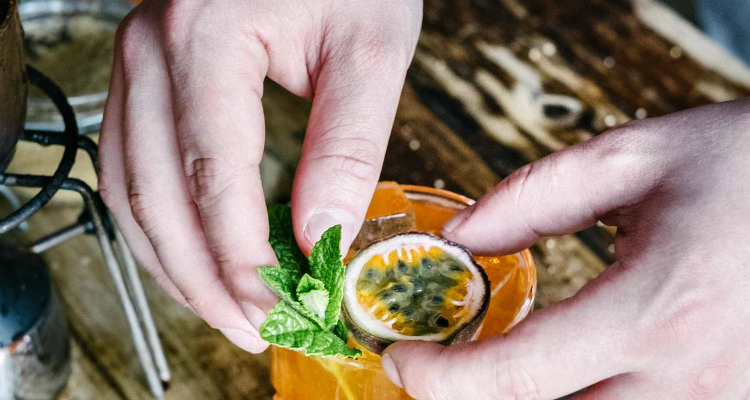 But why is the rum gone? This pirate palace is all about the boozy stuff.

By good stuff, I mean the molten whole Camembert (£6.95) that was sprinkled with a homemade cranberry and pistachio granola. A flavour combination of epic proportions, it had the welcome addition of warm, sweet flatbread and a bowl of fresh, crunchy, raw root veg sticks. My accomplice chose the calamari with sweet chilli and crème fraîche (£6.95); think huge chunks of battered squid.

The undeniable head-turner came in the form of a sweet and spicy pepperpot stew (£9.95) from the ample vegan offering. The description of sweet potato, banana, rice and peas was too intriguing to overlook and it was a risk that certainly paid off. Caramelised banana married perfectly with flavours of garlic, cinnamon, roasted chickpea and earthy kale. Genius. Oh, and yes, the hanging kebab (£13.95) which drizzled flavoursome chunks of jerk-spiced salmon with garlic butter before suspending over a bowl of fragrant rice and peas was well worth the aforementioned lapse in willpower. 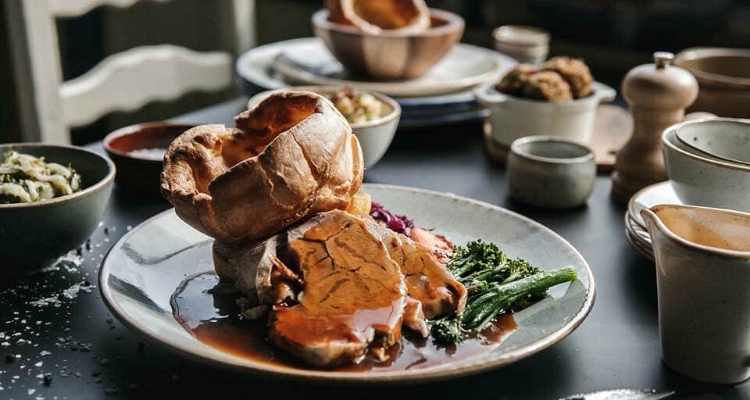 A recipe for swashbuckling success? With über cool surroundings and pretty reasonable prices in an internationally acclaimed location, The Smugglers Cove is a great place to eat if you’re in Albert Dock. Elements of the menu are curiously unique and the cocktail list is on point (especially that Champagne Colada) so definitely keep this one in mind next time you’re doing the “where do you fancy eating tonight?”…“I don’t mind” dance.